Victim mentality or resilience mentality? Here's why it matters 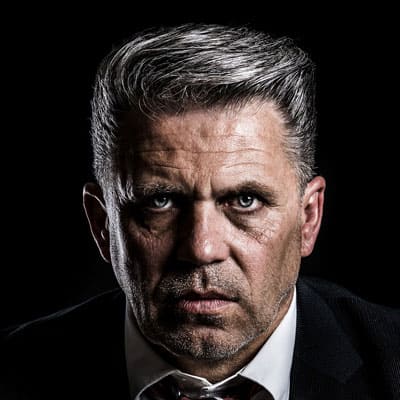 Resilience mentality: "NO SHIT it isn't fair, it's how you respond"

Sometimes it takes us a while to figure out that life isn't fair, the truth is however...

Are there lessons to be learned here, does this offer me opportunity to learn and grow? Does it make me stronger? If I get through this can I help others get through similar things in the future? Will this event better help me serve others in the future?

Could this maybe be a warning sign linked to a much bigger issue I haven't discovered?

Or, will you cry to yourself that you were dealt the bad hand, life isn't fair, and that there's nothing you can do about the event, or your own mental state.

Will you use this as an opportunity for you to better serve others; or continue to be miserable and play the victim card?

What's it going to be?

Understand this, YOU are in charge of your own happiness, nobody or nothing else is. You are the CEO of your own thoughts and how, on the inside, you interpret what's going on on the outside. NOBODY, NO EVENT, can take that away from you once you understand that how you interpret the events in your life is YOUR responsibility and ultimately will determine how you feel and how you will respond to the events and circumstances in your life.

Let's consider two guys, both Rob and Jim, both have happy families, make $100k a year, and live in a populated city.

Both of them are walking to work one morning, as they are crossing the street, someone runs a red light and almost kills them. Just like that. Done. Over. Their families would never see them again. This would be a very "unfair" event to happen right? especially if the car did happen to actually kill them. A happy, harmless guy, with a beautiful family, get's killed all because some asshole ran a red light and hit them. Totally unfair. As bad as it sounds, these things happen all the time around the world. Families, friends, companies, etc. are only left to ask themselves "why me?" "why us?" "why him, why nobody else?"

Statistically significant, accidents happen. For reasons that are completely accidental too, that's why they're called "accidents". drunk drivers kill innocent pedestrians, very nice and generous people get t-boned and killed, etc. regardless of the event, these things happen all the time around the world to good people, for no apparent reason.

Considered however, let's say both Rob and Jim lived, almost died, but lived.

Let's say Rob pulls the victim card, which he has every right to do-- and say's "Why would this happen to me of all people?" which is a bit selfish to a degree, after all, there are many other guys like him who have families and such. Furthermore, Rob's outlook on this, on how he almost died just trying to commute to work, and how he was targeted and he's a victim and all of that; this now causes him to have one of the worst days of his life because of his mental state. He goes into work with a poor attitude all about how he is unlucky, what would've happened if he was actually hit, "people are idiots". This all snowballs into him behaving angrily towards others during the rest of his day, etc. This one circumstance causes Rob to have one of the worst days of his life.

Now let's see how Jim responds to this event.

As Rob goes on to have the worst day of his life, Jim actually goes on to have the best day of his life. This reason for this is due to Jim's gratitude, perspective, and interpretation of what specifically just happened to him. Jim understands that this very same event that just happened to him-- someone almost innocently getting hit by a car and dying, is actually a statistically significant even that happens all the time around the world to innocent people. For this, Jim is grateful that he wasn't just another statistic. Jim realizes he is lucky, he just saw his life flash before his eye's and he had the burden of not being another statistic like you hear about in the news. Jim now understands that life itself is a gift, he is grateful the car didn't break both his legs. Jim is grateful he still has his legs and that he can happily and heathily continue his commute to work.

To where Rob storms into his office with an aura of "Don't F***ing talk to me, I almost just died, people are so stupid" and is super pissed off. Jim walks into his office with a certain light about him, there's almost a twinkle in his eye you can see, "he feels extreme gratitude and happiness just to be able to walk in the office that day and maybe see his family later that evening". Jim has this aura of "Holy shit, this experience right now that I am having is a blessing of itself, I am grateful to even be breathing and around these people, I'm going to make the most of every opportunity and interaction today because I don't know when my last chance will ever be".

Jim is now picking people up charismatically throughout his day, Jim is so grateful he wasn't killed because he understands-- unfair shit happens all the time, bad things happen to good people, it's life. for this, he is grateful he wasn't just another statistic.

Rob is miserable, pissed off, and projecting that to everyone around him, since Rob is so reactive and such a victim to the external noise and circumstances around him, he get's fired 2 weeks later.

Since Jim is such a positive and resilient to be around, since he picks himself, and others up when shit hits the fan in his own life, or in his coworkers life; he is promoted at his job 2 weeks later.

Now let's consider this, both people experience the EXACT same event, both people had the exact same life circumstance. The only difference was how they interpreted they event, and how they responded afterwards. Coincidentally, how you interpret what happens to you 99% of the time, will determine how you respond and live afterwards.

All that's left to ask is:

Are you going to pull the victim card when something bad happens to you, or are you going to saddle up, be resilient, and end up on the better side of light at the end of tunnel?

The choice will always be YOURS, nobody else's.