Empowerment: The Management Model of the Future 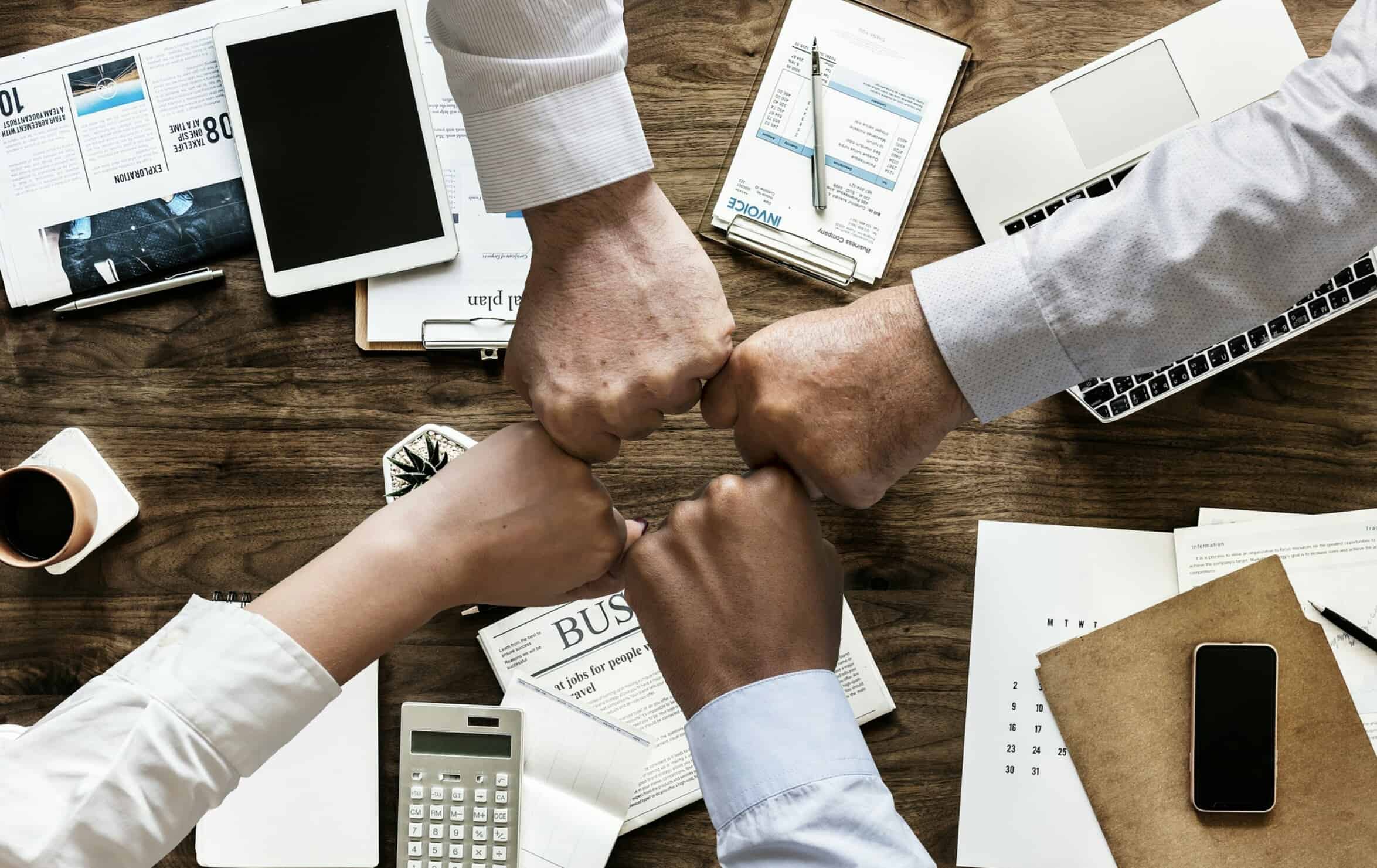 Coaches can motivate, delegate, and explain all the X’s and O’s as well as the goals of the organization, but they cannot suit up and play. When it comes down to it, a coach run team will never meet its potential.

One of the biggest hurdles for any coach or CEO can be to give up their power so they can let it rest more in the hands of the players and subordinates.

The practice of empowerment is highly prevalent among sports and business powerhouses, as well as the military too where it is referred to as decentralized command.

Today’s essay will cover how the modern-day sports teams, businesses, and military are all utilizing empowerment and reaping the benefits of it, as opposed to following other conventional management models.

In the book Legacy, author James Kerr explains the management model of the New Zealand All Blacks. Their philosophy engenders empowerment in that, they believe leaders create leaders by passing on responsibility. This creates ownership with players, accountability for results, and trust.

The All Blacks epitomize this practice through the structure of their weeks. Sunday evening meetings are facilitated by the coaches, even though a significant amount of the actual input comes from the on-field leadership. As the course of the week goes by, you see a progressive handing over of responsibility and decision-making from the coaches, to the on-field leaders and players. By the time Thursday hits, the key priorities, level of intensity, and all other critical aspects of results are essentially “owned” by the players themselves.

For instance, look at the Golden State Warriors in 2017 (yes I know it’s’ almost 2020 now), their head coach Steve Kerr couldn’t physically be on the sideline due to back pain. However, despite not having their coach on the sideline, Golden State was still able to perform to their standards throughout the close of the 2017 season. If you remember, they won the NBA championship that year.

A big philosophy that was stated by Golden States general manager was:

“Steve sets such a solid foundation that it can withstand his stepping away in the interim.”

Steve Kerr empowers his team so that when he steps away, they have the power to be able to handle his absence and take matters into their own hands as a team - regardless of who is on the court and who isn’t. The general manager also said:

In essence, the culture and performance can’t be built around just the CEO or the head coach alone, there has to be a different drive. This drive has to come from other subordinate leaders within the organization. This foundation is built through empowerment. When the boss steps away, everyone doesn’t tuck their tail between their legs and run into crisis mode. They can handle it because they’ve been given responsibilities before, this is what allows teams to be so successful even when the head leader is not present.

In business, this can easily translate to those Monday morning review meetings between the CEO and head of the branches within the department, or any other upper-level management meeting.

In a bigger style business, chances are you have your Director of HR, Vice Presidents, Director of Marketing, CFO, and so on. These are the individuals who lead their respective divisions. This is highly important because if you’re trying to micromanage everything as the head boss – you’re not going to get very far or make as effective decisions. You can only effectively manage a certain amount of people by yourself exclusively. This is why you need to develop the art of delegating things to those who are capable of leading others towards execution of the priorities.

Considered, if you can’t rely on your CFO to lead the finance team and execute the company-wide vision from a finance standpoint – you need to find someone who can. None of this is about having cliques either, it’s about empowerment and being able to lead from within, rather than having the CEO or head coach have to micromanage everything – which will inevitably lead to burnout, and plateau of growth & performance.

In the sake of the All Blacks structured week of “handing over the responsibilities”, executing this strategy throughout, means the decision-makers must discuss what the goals are, and facilitate discussion to where the leadership of each territory understands how to execute and achieve those goals. Throughout the week, they are able to flawlessly execute the plan without needing to run to the CEO for everything. They have empowerment, and they have been prepared to handle it.

Like in most games, you need to pass the ball to win as a team. The level of your organization will never scale beyond your level of leadership and how well you can get others to grow and execute on the goals of the company.

Educational powerhouse McGraw-Hill, has also come to understand the power of empowerment as well. They discovered the need to create teams grew out of the company's situation; namely, an increased workload without an increase of the workforce to take care of it.

According to one of McGraw-Hills Vice presidents, Merrily Mazza:

"Managers could not keep tight controls and still meet the deadlines,"

"…It seemed only logical to turn over some of that control to those who actually did the work. Since they had more direct familiarity with the processes, they could control production between themselves better and quicker."
https://www.qualitydigest.com/mar99/html/teams.html

The practice of empowering teams at McGraw-Hill helped them increased their productivity, and cut costs within only the first two to three years. The company has also nearly doubled the number of textbooks produced each year.
Mazza has also stated, "For the customized production of our company's product, teams have been incredibly valuable and are a bottom line for companies no matter how you look at it,".

In the Military, the practice of empowerment as a strategy can be referred to as decentralized command and has been proven to be highly successful.

In the podcast The Tai Lopez Show, Former Navy SEAL Commander, leadership and teamwork expert, Jocko Willink, refers to it as “Letting the people on the battlefield make decisions on how they’re going to handle it” and that with its institutionalization under General Mattis, ISIS has gone from nearly 70,000 soldiers to around 1,000. Considered, not to undermine the U.S. troops, a lot of the actual fighting has been done by Iraqi soldiers.

Willink advocates these same protocols in his book co-authored with former SEAL Lief Babin, Extreme Ownership. Decentralized command was what allowed Jocko to control over thirty plus Navy SEALS and their partner force of Iraqi soldiers through enemy compounds against a highly insurgent force.

Implementing this, junior leaders must be empowered to organize a smaller group to execute the key tasks & goals that are aligned with the strategic mission of the team.

Furthermore, in the book Extreme Ownership, both Jocko & Lief state:

“Human beings are generally not capable of managing more than six to ten people, particularly when things go sideways and inevitable contingencies arise. No one senior leader can be expected to manage dozens of individuals, much less hundreds. Teams must be broken down into manageable elements of four to five operators with a clearly designated leader.”

The fact is, you only have a certain level of cognitive capacity and ability to really know, and effectively manage on a more intimate level, a select group. This is why the principle of decentralized command is so important when subordinate leaders have the capacity to execute it, and are given the direction and tools necessary to do so.

To execute this model, you need to provide:
1. Clear targets to hit.
2. The tools everyone needs to succeed.
3. A set deadline that cannot be exceeded.

As long as there are metrics involved, and the members of the team have been given the tools and thus have the competence to execute the task, everything else will take care of itself. If someone is struggling to hit a deadline, they know they have teammates around them to help bail them out, but at the same rate, they don’t need to be micromanaged through something they are capable of completely dominating first-hand.

Often times, businesses, sports teams, and soldiers, have to respond in real-world time, at a rapid rate. Stressing to work their way up the chain of command for every endeavor ensures you not only move at a snail’s pace, you also might even just move too slow objectively. Thus, losing the opportunity, or losing the game itself. Mission failure.

This model of leadership helps equip subordinates with the tools they need to respond appropriately to our volatile world and its rapidly changing contexts, without ever losing sight of the tactical goals of the mission itself.

The more people you try to manage yourself, the lower your measurable influence per each individual begins to decline. Conversely, having a smaller group deems you can know others on a much more intimate level, and give concise specific direction much more efficiently; as well as, answer more questions vividly if somebody is unclear on an execution strategy.

In conclusion, human beings only have so much cognitive capacity and innate ability to manage a certain number of individuals. Administering empowerment and delegating responsibilities effectively to front-line and subordinate leaders is one of the most powerful strategies you can implement. This is done by head bosses providing the subordinates with the clarity and tools they need to effectively lead those beneath them; therefore, they can execute the smaller, more specific goals that are in alignment with the overarching company vision. This allows the head leader to focus more on the bigger picture issues, decrease decision fatigue, and allow for higher performance through balancing the workload.