Can you intermittent fast and train in the morning? 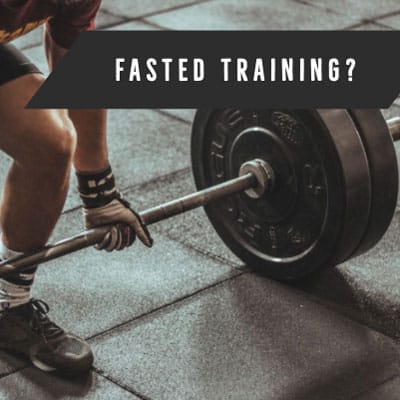 There has been a BIG question as to whether or not you can still follow intermittent fasting if you train in the morning.

Well to answer that briefly...

Yes you can absolutely train in the morning while still following intermittent fasting, I know this because I personally do it and I love it, I also know because of Scientific Research.

Recent research has revealed that you don't have to worry so much anymore about any potential "post-workout" window or any of that.

So in the case of the common questions

But don't I need hit my window at least within an hour post-workout, otherwise I'll go catabolic or lose my chance to gain muscle?

But what about hitting my meal and refilling glycogen? don't I need to SPIKE MY INSULIN post workout or I am at a huge disadvantage?

After a workout, your body is in a physiologically altered state for 24-48 hours. Protein synthesis is elevated for up to 24 hours, while glycogen restoration can take place for up to 48 hours after a glycogen depleting workout.

The truth is, recovery, full muscle protein synthesis, as well as the very widely believed “short post-workout window” whereas, it is believed you have to get that insulin spike in... AND protein circulating within that hour post-workout...

Or else otherwise your muscles will start eating themselves due to extreme anabolic hunger... or whatever the HELL the stupid ‘Bro Science’ is in regard to that matter.

However, this has actually been strongly refuted thanks to the research linked earlier

Furthermore, overall post- workout muscle protein synthesis is mostly about your total daily protein intake, rather than what is consumed immediately post-workout.

Let's say we have two 180 pound males, Male A & Male B. Both Male A & Male B's daily protein requirements are somewhere around 160 grams/day, that would be 0.88 grams per pound of body weight, which is plenty.

let's say Male A and Male B both train at 7:00 a.m. in the fasted state while following a intermittent fasting diet...

Male A consumes 30 grams of whey protein right after his workout, has a normal sized lunch, and has dinner later that evening. though at the end of the day, his total protein consumed was around 110 grams of protein. This would likely mean he consumed around 40 grams at lunch and 40 at dinner on average.

Let's say Male B didn't have a single thing post-workout. They had a decent lunch...or maybe they didn't even eat lunch! however at dinner, they consumed 160 grams or so of protein through a mountainous porterhouse steak or something like that. Great!

now for those of you saying "Well bologna! you can only digest so much protein at once"

That statement itself is a load of bologna!

If you consume what your body needs, your body is going to freaking digest it!!!

The human body is not dumb, it's not just gonna spit the food out and say "wah I don't want that right now, when physiologically, I actually need it really badly in order to repair myself".

The bottom line is that if you consume something, your body will use it if necessary.

If it's not necessary, it will store it, or excrete it. The only difference is the process might just happen to take a while.

Whereas if you consume 20 grams of protein post workout, your body is going to soak that up like a sponge immediately. If you consume much more, it's just going to take much longer for your body to digest it. It's still however, going to digest almost all of what was consumed if needed.

So in the case of Male B eating all of their post workout protein at dinner, they might still be digesting a little bit as they go to bed and while they are asleep, but by the hour of 7:00 a.m. the next morning (because they trained at 7:00 am the previous day) they will likely have completely digested that meal, and that x amount of protein consumed all within that 24 hour window.

BOOM they will have had higher overall muscle protein synthesis within that 24 hour than Male A did. Equalling more net gains total.

So in the end, to answer the question of morning training, and intermittent fasting, my hope is you understand how doable it is now and why.

If you happen to be worried about any potential muscle catabolism, you can go with 10 grams of BCAA's every 2-3 hours post-workout if necessary.

If your goal is primarily fat-loss, in fact, I would highly suggest doing that. The reason for this is that that some evidence even shows that protein synthesis and fat oxidation increases as time persists post-workout.

If you're looking for MORE workout implications, I've written a full chapter about in my book Easily Lean: Effortless Weight Loss & Maintenance Strategies

In the Book you will find many different implications to follow on how to implement intermittent fasting into your training regime and how to maximize your mental clarity throughout the day, burn the most fat, and experience the most muscle gains.